Congratulations to Lynne, PCCU’s Senior Member Services Officer based in Burnley, on 10 years of excellent service to savers and borrowers from the local communities.  Lynne is a very popular member of staff who has worked across the Burnley and Pendle area for the credit union.

Only recognising 10 years at PCCU would be a disservice to Lynne, as she was a volunteer at the credit union for many years prior working full time. In 2002 Lynne volunteered at St George’s where PCCU was formed in 1982. With the help of another volunteer Lynne went on to start a collection point at Marsden Community Centre. During the time Lynne and our CEO Kathryn would regularly visit neighbourhoods across the community to introduce the benefits of saving and borrowing from a credit union. Lynne was driven to promote the credit union as they constantly heard the same message on the doorstep “oh we borrow from Provident”. Lynne then joined the team full time in 2011 and worked at the Nelson branch.

When PCCU merged with Burnley Area Credit Union in 2013, Lynne was tasked with opening and managing the newly formed branch based at Calico Homes in Burnley. The branch was a success and enabled the credit union to grow in the town. Lynne and the staff skilfully operated two different systems in branch, holding the account details of Pendle and Burnley members separately until the merger was completed.

Whilst there 1200 local residents from the Burnley community opened savings accounts. Pennine also welcomed 80 junior account holders, which helped start young people from our community on the right financial path towards saving and money management. The branch issued over £2.1million in affordable loans to the community.

In 2018 PCCU purchased and renovated the St James’s Street branch, located on the high street, amongst the banks and well-known department stores. Again Lynne was asked to manage the relocation and settled account holders into the new premises. Since then PCCU have expanded to cover more communities across Lancashire and now into Cumbria. Lynne and the Burnley team have often been a first ‘port of call’ for these members – where they are warmly received.

From all your colleagues and thousands of account holders – congratulations and thank you! 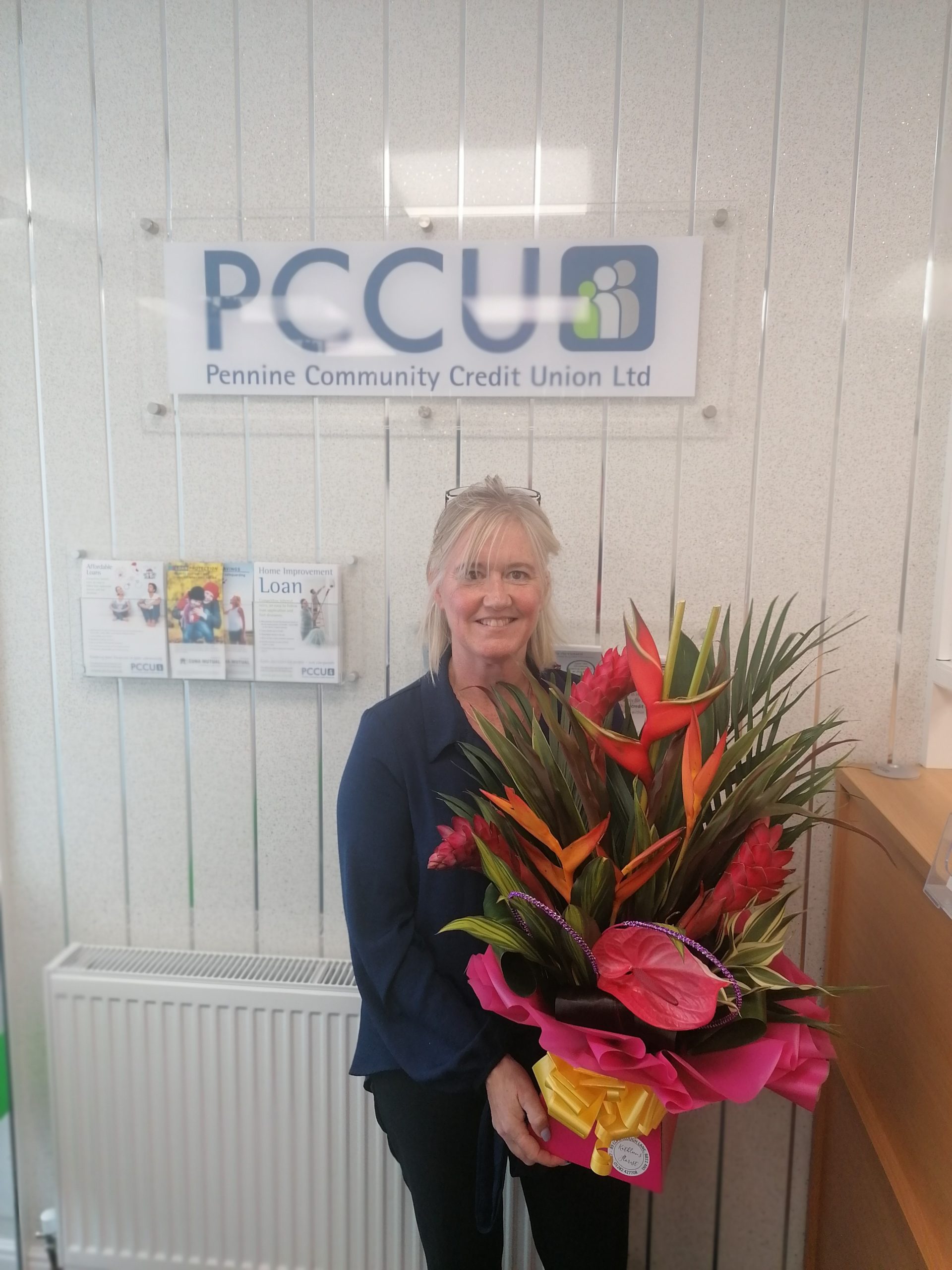