PCCU’s chief operating officer Deborah Smith-Hands recently represented both PCCU and UK credit union movement at the Inclusiv conference in Los Angeles. Deborah joined representatives from seven British credit unions on the trip, which was sponsored by CitiBank. The conference sees the largest gathering of community development credit unions in the US.

More than 300 credit union and community development professionals gathered at the Inclusiv conference devoted to the credit union movement and inclusive economies. The UK delegates were taken to Ventura Country Credit Union and Premier America Credit Union to gain an insight into how the US credit union model operates. The conference had a variety of seminars with topics ranging from socially responsible investing, to diversity and inclusion, and building more resilient and equitable communities. 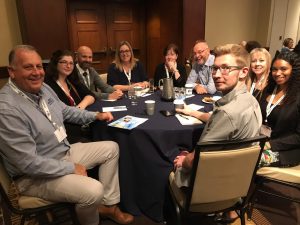 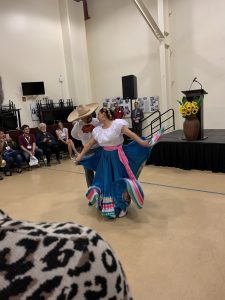 It was inspiring to hear the story of the Boyles Height Branch and how the, now retired, COO George Poitou had to overcome so many obstacles to get the branch up and running, including the building being condemned and them having to move out of it again!”

At the branch, which featured a mixture of modern and Mexican architectural elements, Deborah and the UK delegates were treated to a traditional performance from the Folklor American Dance Company

SCE Federal is a welcoming, modern credit union, with so much space to hold events for its members and their families. It was very apparent that the community was at the heart of everything they did.

Teresa’s presentation was the talk of the conference. The UK contingency were already impressed with what Clockwise had achieved in house and their ability to turn loans around in minutes but the US Credit Unions were blown away! Surprisingly, the US are behind the UK with their advancements in technology, so seeing what could be achieved was very exciting for all who attended the session

The trip was co-ordinated by PCCU’s trade association ABCUL who have a partnership with Inclusiv, who represent the community development credit unions in the US. PCCU’s relationship manager at ABCUL, John Haslam said

Attending this year’s Inclusiv conference was a fantastic opportunity. It’s clear that although there may be differences between the UK & US credit sectors, there are also striking similarities – not least the provision of affordable financial services to all parts of society. We have enjoyed meeting and learning from, a wide variety of US peers and I’ve got no doubt we’ll be bringing back some innovative ideas with us.

Getting the chance to attend a US Inclusiv conference was a dream. I have always been in awe of their size and the products that they are able to offer. And although they often operate on a much larger scale, some having millions of members, the principles remain the same as ours. They exist to help people in their communities and it was really inspiring to see them in action